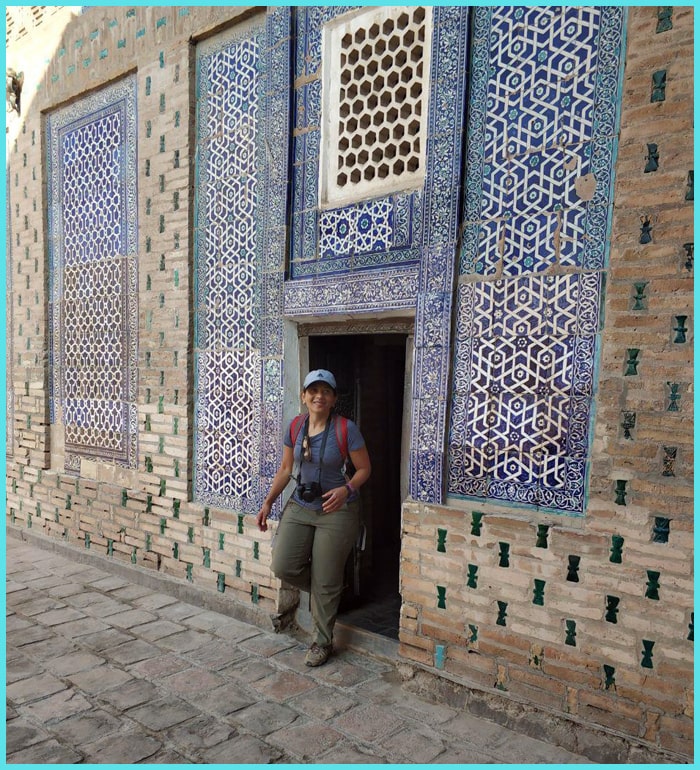 Day 1: Tashkent
We are glad to see you in Tashkent International airport. The guide will meet you and transfer to a city. We will visit the main square of the country as Independence square and Amir Timur square (Broadway). Then we will take a ride in the prominent for its attractiveness subway among the world as Tashkent metro. In 1977 the first line of the subway was released. Discover Chorsu Bazaar, Kukaldash Madrasah and Hast Imam complex where you can see several madrasahs, mosques and mausoleum. Get inspiration of Othman Quran which deliberated to be the world’s oldest Quran copy of the 8th century. Museum amasses 20th century works. Transfer to a hotel for sleep.

Day 2: Tashkent – Nukus
Today is a flight to Nukus from Tashkent. The Museum of Savitsky is our first stop where you will see the masterworks of forbidden art. Russian avant-garde paintings of 20th century such as Sokolov, Komarovskiy and Amaravella group congregated there. The museum composed these artworks by the curator of Karakalpakstan state museum of art. He purchased the forbidden works from chargeable soviet artists and presented them in this detached central Asian art-house. We will visit Mizdakhan necropolis that used to be ancient city. From 4th century BC till about 14th century AD this area was detained all the time. Chilpyk – Zoroastrian ancient monument that is 2200 years old your next place to esteem. Overnight is in a hotel.

Day 3: Nukus – Ayaz Qala – Tuprak Qala – Khiva
Today we will drive to the oldest city in Uzbekistan. The history of the city is closely connected with the history of the mythical Khorezmshah’s State with its capital in Urgench. Khiva was defined as an exchange center on the Silk Road in the 10th century. The road went to China that’s why caravans stopped here. Whole day the gates were unbolted and the boundless caravans full of camels and luggage on them passed until the sunset. This exclusive city has been reserved and nurtured to pass via generations. Next stop of our tour is the two thought-provoking fortresses and named as Ayaz Qala and Turpak Qala Ayaz Qala is not just a fortress it’s an ancient castle of Khorezm that was termed by a Turkic folklore hero who was a warrior-slave. It was built in II century AD. Artav was Korezmian ruler who existed in the royal city as Tuprak Qala. The meaning of its name is Clay fort.  This fortress was built in in 1 or 2-century AD but it was under occupation until 6th century AD. Rest is in a hotel.

Day 4: Khiva
We will have a city tour in Khiva. Guests will visit Ichan Qala, smooth-edged with sturdy walls. There are centuries as old buildings, palaces, mosques, Madrasahs, Mausoleums, Minarets, Caravan-Sarais and Bathhouses distorted Ichan Qala into unique city-monument. In Ichan Qala there are more than 400 traditional dwelling and about 60 monuments. In 1969 Ichan Qala started to be historical area. The most farfetched part here is Kunya Ark fortress that was built in the 17th century and exposed by Muhammad Arang Khan. Kalta Minor minaret and Tash Khouvli palace. Night is in a hotel.

Day 5: Khiva – Bukhara
Transfer to Bukhara. Bukhara is a “town museum” of more than 140 architectural monuments. Bukhara is the city that goes to the middle ages. We will see green and narrow streets, big parks and beautiful gardens, historical and architectural monuments in spite of going to different epochs. Find out more about Kizilkum desert. We will see Amu Darya River that pondered to be the deepest river in the Central Asia. The river twisted because of the combination of the two rivers from Tajiistan – Panj and Vakhsh, and flowing into Aral Sea. Night is in a hotel.

Day 6: Bukhara
City tour. Guests will see citadel found in the 4th century – Citadel Ark. The most antique citadel there is used to be a palace for several dynasties Bukhara Empire. The masterpiece of architect belongs to 9th- 10th century is Samanids mausoleum. Next sight of our tour is Chasma Ayub or Job’s Well and mosque that contain of forty columns termed by Abu – Fabyud Khan of Bukhara governer – Bolo – Hauz mosque. Visit Shopping domes and madrasah of Bukhara – Nodir Divan Begi. Nodir Divan Begi is part that belongs to Lyabi Kalon Ensemble. Afterwards we will see Poi Kalon complex. It is a beautiful architecture of art of Bukhara. The complex has three structure (12th- 16th centuries) they are Kalon minaret, Kalon mosque and the last one is Mir Arab Madrasah. Overnight is in a hotel.

Day 7: Bukhara – Shahrisabs – Samarkand
Travel to Amir Timur’s birthplace located in the town Shahrisabs. Everyone will see the Ak Saray Palace was built by Amir Timur. There is a writing on the main portal of the palace: “If you would like to get acquainted with our power, have a look at our buildings". See Jahongir’s mausoleum oblate to eldest son of the Amir Timur. Jahongir died at the age of 20years. Amir Timur’s sorrow sustained for a long time many say that it was continued 30 years. The highlighted part of the tour are the Dorus Siadat and Dorus Tillavat memorial complexes where all Amir Timur’s progenies and relatives were rest. Night is in a hotel.

Day 8: Samarkand
City tour in Samarkand. This impressive city is located in the valley of the river Zerafshan. It is also the second largest city in Uzbekistan. In Samarkand you will see Registan square, Shakhi Zindeh, Mausoleum Guri Emir and Bibi Khanum Mosque. Registan square will impress by the unique madrasahs of the 15th-17th centuries. Shakhi – Zindeh is included to the UNESCO World Heritage Site. It has a big collection of mausoleums of 11th – 15th centuries. Bibi Khanum mosque is your second destination. It was built by the order of Tamerlane after his trip from India. Night is in a hotel.

Day 9: Samarkand – Tashkent
In Samarkand city, we will see Ulugbek observatory built in the 15th century. He was one of the famous scientists of Samarkand. He found about 1018 heavenly bodies in his manual “Zidji Guragoni” and published in 1437. He was killed by his own son. Walk to the local Broadway Street. There you will see souvenir shops, teahouses, sweets and workshops. Walk to the National bazaar Siab. It is possible to see Uzbek traditional handmade products and sweets. On the way visit factory where around 400 women sew handmade carpet. Night is in a hotel.

Day 10: Tashkent – Departure
The driver will take you to Tashkent international airport for your flight to next destination.

Service does not include:
- Visa
- Guides
- Full board
- Flight tickets
- Travel insurance
- Entrances to all museums