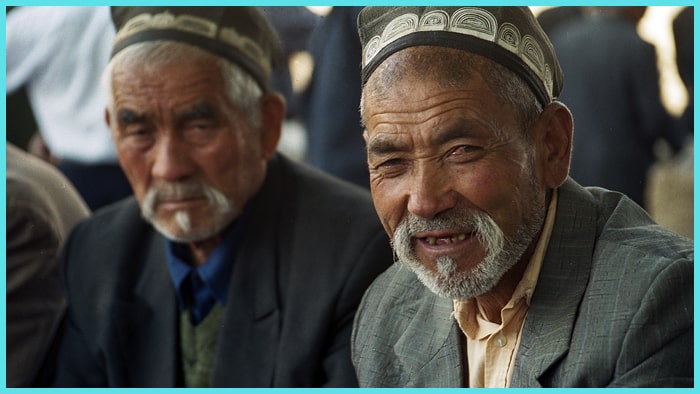 Day 1: Bishkek – Burana – Issyk Kul northern shore
Upon arrival you will be met and transferred to the capital of Kyrgyzstan to start your fascinating tour. The road to reach Bishkek city will take about 40 minutes. In course of the tour you will visit the most significant sights like Pobeda Square (Victory Square), Duboviy Park (Oak Park), Central Ala-Too Square, Old Square, National Philharmonic and many others sights. Then you will head on to the famous alpine lake Issyk Kul that is also known as the second largest alpine lake in the world. You will see this breathtaking site in the altitude of 1608 m. above sea level. The other name of this lake is "the pearl of Central Asia". This lake possesses medical qualities due to the salty water. On the way to the lake you will have a stop to explore Burana Tower of the 11th century minaret and an open air museum of Balbals so called stone warriors. The night will be in a hotel.

Day 2: Issyk Kul – Grigorievskoye – Semenovskoye – Karakol
Today you will travel to visit Semenovskoye and Grigorievskoye. This place is interesting due to the fact that the ends of these gorges are connected.  Upon arrival you will be fascinated due to breathtaking beauty of great mountains and slopes grown by blue and green pine trees. At the bottom of the lake you will see the breathtaking lakes. Then you will continue your tour by driving to the Karakol town. This town can show you Dungan mosque that was made in Chinese style without nails. Next showplace is an old wooden Orthodox Church. Overnight is in a guesthouse.

Day 3: Karakol – Jeti Oguz – Issyk Kul southern shore – Bishkek
You will be transferred to Jeti Oguz gorge. This sight has another name seven bulls due to the famous red rocks formation. By the way you can see there the Broken Heart Mountain. By reaching the top of the mountain (20 min) you will witness fabulous panorama view of the gorge. After it you will visit Bokonbaeva village tours to which are very popular due to the local eagle-hunter. By performing ancient way of hunting with the help of the eagle he hunts hares and foxes. The skills of hunting passed through generations. You will hear many exciting facts and stories about it. Drive back to the capital city Bishkek. Hotel for the night.

Day 4: Bishkek – Osh – Guliston – Khudjand
The day will start with the morning flight o Osh city. Upon arrival you will drive to Tajik border. The route to it will lead through mountains and high passes. In Batken region you will see apricot trees and unique flower called Aigul. Tajik guide will meet you at the other side and take you to Khujand city. In course of the tour you will have a drive via Anzob pass the altitude 3 372 m that has breathtaking panorama views. Upon arrival to the second largest city in Tajikistan you will know that it’s located on the Syr Darya River at the mouth of the Fergana Valley. The population of this city is 149,000. By being the capital of the northernmost province of Tajikistan, now calls Sughd. You will explore such sites as Cultural Palace of Khujant where the chosen Tajikistan’s first president, Central Mosque that you will see in the center of the city. Overnight is in a hotel.

Day 5: Khudjand – Iskanderkul Lake
Iskanderkul is your destination for today. You will see it on the altitude of 2 255 m. a. s. l. in the famous Fann Mountains. Tours to this sight are very poplar due to which it is one of the best in Central Asia. Upon arrival you will have time to explore this fabulous area of beaches and nature. Then you will hike for 30 min to see the waterfall. In course of the tour you will loran that Tajikistan is the country that has second place among the CIS countries for volume of water resources. The country possesses more than 1 000 rivers, 2 000 lakes and 8000 glaciers. Night will be in a guesthouse.

Day 6: Iskanderkul – 7 lakes – Penjakent
Today you will see the Fan Mountains that is the most popular hiking area. Seven Lakes or Marquzor Lakes site where we will have a tour where you have a short hike. Upon arrival you will know that the famous 7 lakes are situated on different altitudes and have different colors. During the travel you will meet a lot of local people who can tell you about their way of life. After it you will be transferred to Penjakent. You will find out that the city is located in Khujand area of Tajikistan in an amazing and breathtaking Zeravshan river valley. It is considered to be that the city started its history of the great city (5th -8thcenturies AD) due to the five villages.  It used to be one of the most important cultural and crafts centers of Sogd that people of that time called it "Central Asian Pompeii". It was a superbly fortified well-organized city with a ruler's palace, two temples, markets, rich dwelling houses decorated with numerous paintings, wooden and clay statues of ancient gods. You will be impressed to know that the city was found in last century due to which tourists nowadays can see the remains of dwelling houses and office buildings, the citadel with the palace, the house of craftsmen, and fire worshipers church. Night is in a local guesthouse.

Day 7: Penjakent – Jartepo – Samarkand
Morning drive to the border at 10 a.m. Then you will go to Samarkand where you will do city tour. Samarkand is in the valley of the river Zerafshan. Also the second largest city of Uzbekistan is Sanarkand. This city is the same age as the city of Babylon or Rome. Today you will find out its most distinguished, attractions such as Registan square, Shakhi-Zindeh, Mausoleum Guri Emir and Bibi Khanum Mosque. Registan Square, a complex of three fascinating Madrasahs of 15-17th centuries, is the main punch line of Samarkand that no one has the ability to restrain themselves from admiring such majestic beauty. Architectural complex of Shakhi-Zindeh is a big assemblage of mausoleums of 11th-15 centuries are part of a UNESCO World Heritage Site. Bibi Khanum Mosque was built for favorite Tamerlane’s wife, after his victorious campaign in India. During the night you will be in a hotel.

Day 8: Samarkand city – Gijduvan – Bukhara
Today your destination is Bukhara. On the way to it you will have a stop to visit the Gijduvan village. Here you will explore well known private earthenware workshop. During the travel you will learn that this school has deep roots and the skills of creating goods of their style are passed through generations. Today it is a home for the 6th generation of Narzullayevs family who are glorified Gijduvan school ceramics all over the world. They use geometric patterns with blue or green colors. Continue our travel to Bukhara. Night is in a hotel.

Day 9: Bukhara
Today you will explore the famous Bukhara city. Today you will see the oldest citadel of the city, Citadel Ark of the 4th century. This site was used as a residence for many dynasties of famous Bukhara Emirs. Next is Samanids mausoleum that is considered to be the most exceptional monument of the 9th-10th century's architecture. After it are the Chashma Ayub or Job's well and Bolo-Hauz mosque, which is famous due to the forty columns that were built in honor of Bukhara governor Abu-Fayud Khan. Don’t miss the chance to see the souvenir shops. During the travel you will see one of the most famous madrasahs of Bukhara called Nodir Divan Begi that is also a part of Lyabi House Ensemble. The last sight for exploration is the Poi Kalon complex. It is known as the exceptional work of the architectural art of Bukhara. It consists of three structures built in the 12th - 16th centuries: Kalon minaret, Kalon mosque and Mir Arab Madrasah. Night is in a hotel.

Day 10: Bukhara – Khiva
Today you will continue to explore Bukhara another name of which is a "town museum". Here you will see more than 140 architectural monuments of the Middle Ages. You will learn that city has narrow streets, green parks and fabulous gardens, historical and architectural monuments belong to different epochs, and situates near to each other. The road to Khiva will go via the famous Kizilkum desert. On the way you will have an opportunity to see the Amu Darya river. That is known as the deepest river in Central Asia, formed as a result of the confluence of the Panj and Vakhsh rivers in Tajikistan and flows into the Aral Sea. After coming to Khiva you will have free time. Night is in a hotel.

Day 11: Khiva – Urgench – Tashkent
You will explore Ichan-Qala the inner part of the Khiva. Khiva is known as the oldest city in Uzbekistan. Ichan-Qala is encircled by strong walls. You will find there centuries old buildings, palaces, mosques, Madrasahs, Mausoleums, Minarets, Caravanserais and Bathhouses. You will be surprised to know that here can be seen at least over 400 traditional dwelling houses and about 60 architectural monuments. In 1969 Ichan-Qala started to be the historical and architectural conservation area. But the highlighted part of tours to this site is the Kunya-Ark fortress of the 17th century, found by Muhammad Arang Khan, Kalta Minor minaret and Tash Khouvli palace, an incredible sample of Khorezm architectural mastership of 1830s. In the evening driver will take to Tashkent by flight. Overnight is in a hotel.

Service does not include:
- Visa
- Full board
- Travel insurance
- English speaking guide
- Entrances to all museums in Uz
- Flight tickets Urgench-Tashkent